The broadcasting hall is integrated in the next block's mass where the Maison Folie de Moulins' is situated. The hall would be built partially with recycled bricks from the demolished buildings. The proposed plan allows many possible configurations for the shows and also answers at best to the specificities of the hip hop scene and of the connection between an artist and his public. The street facades are animated with outlines of terracotta cornices that follow the line of the existing facades.

The hip hop house is an independant building spurring in the Fonenoy street. The interior spaces communicate with the city throughout large glass windows revealing the dancing spaces, the graffiti studios, the musicians.  We rely on the qualities of the graffiti that would be produced on certain walls in the House.  The two building are connected on different levels by a series of walkways that span the interior courtyard.

In the necessity of green spaces, we offer to plant the roof of the broadcasting hall. It is to be an extensive planting over a 70cm thick earth layer allowing to create a real suspended garden. The outdoors graffiti studio practice would take place within this garden.

The city of Lille 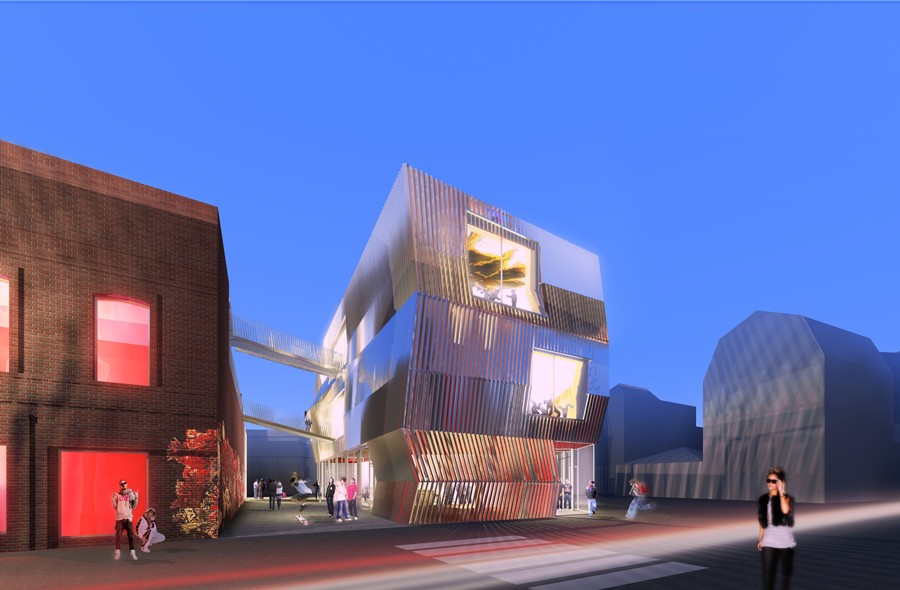 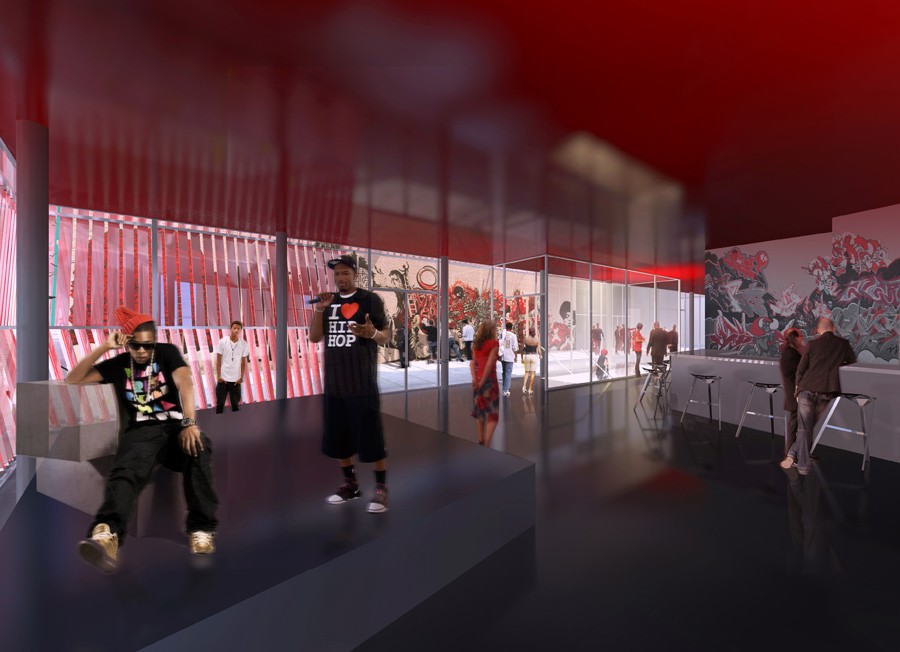 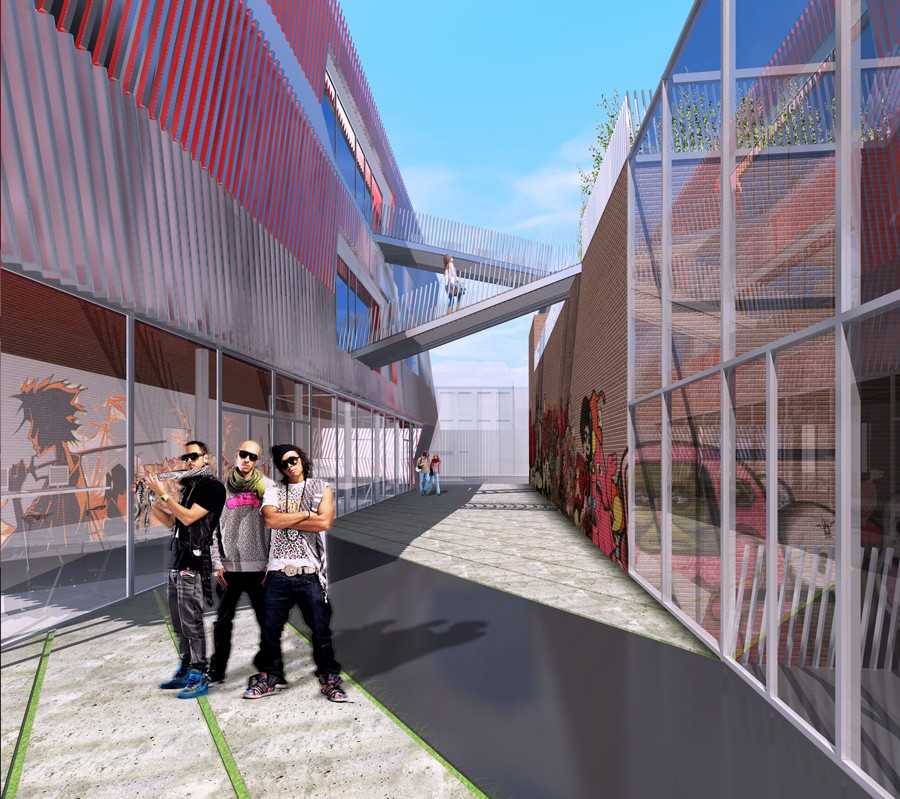 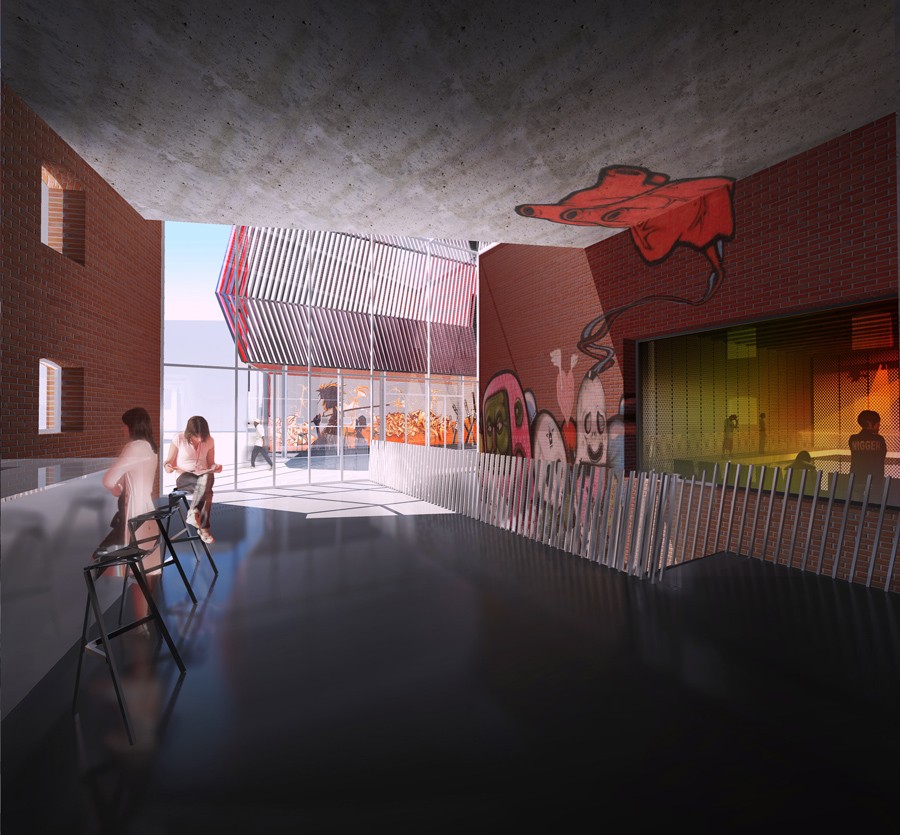 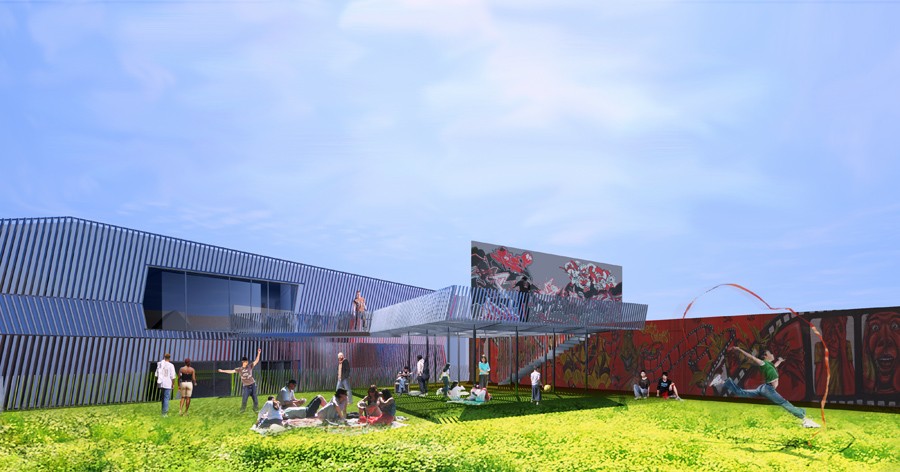 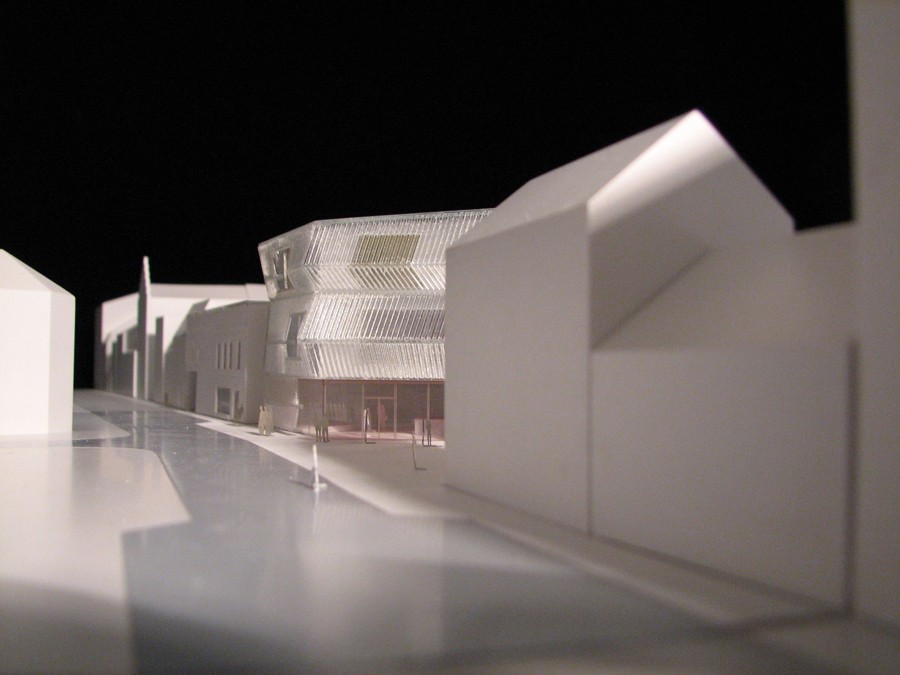 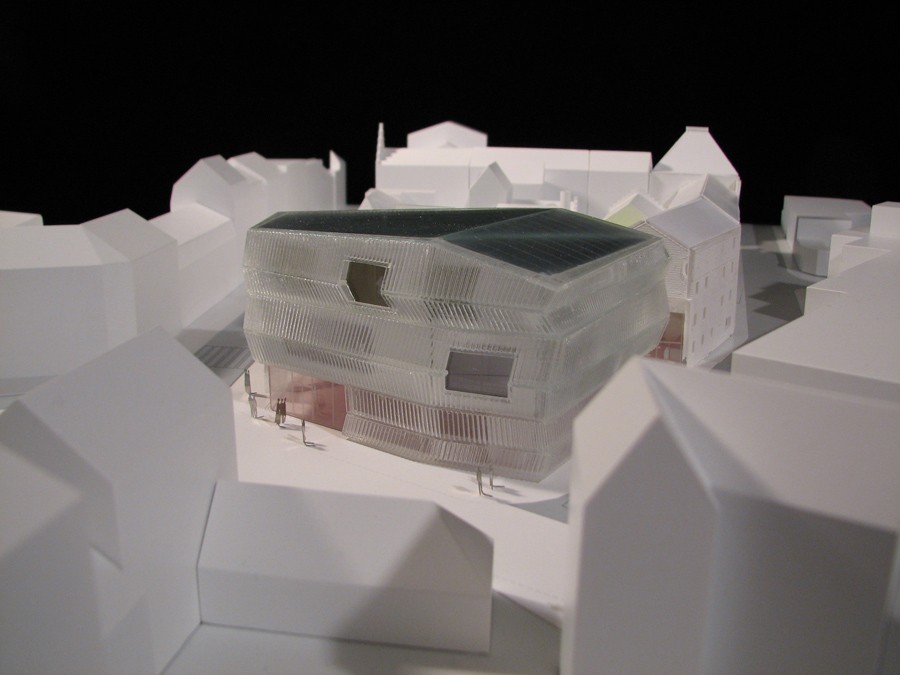 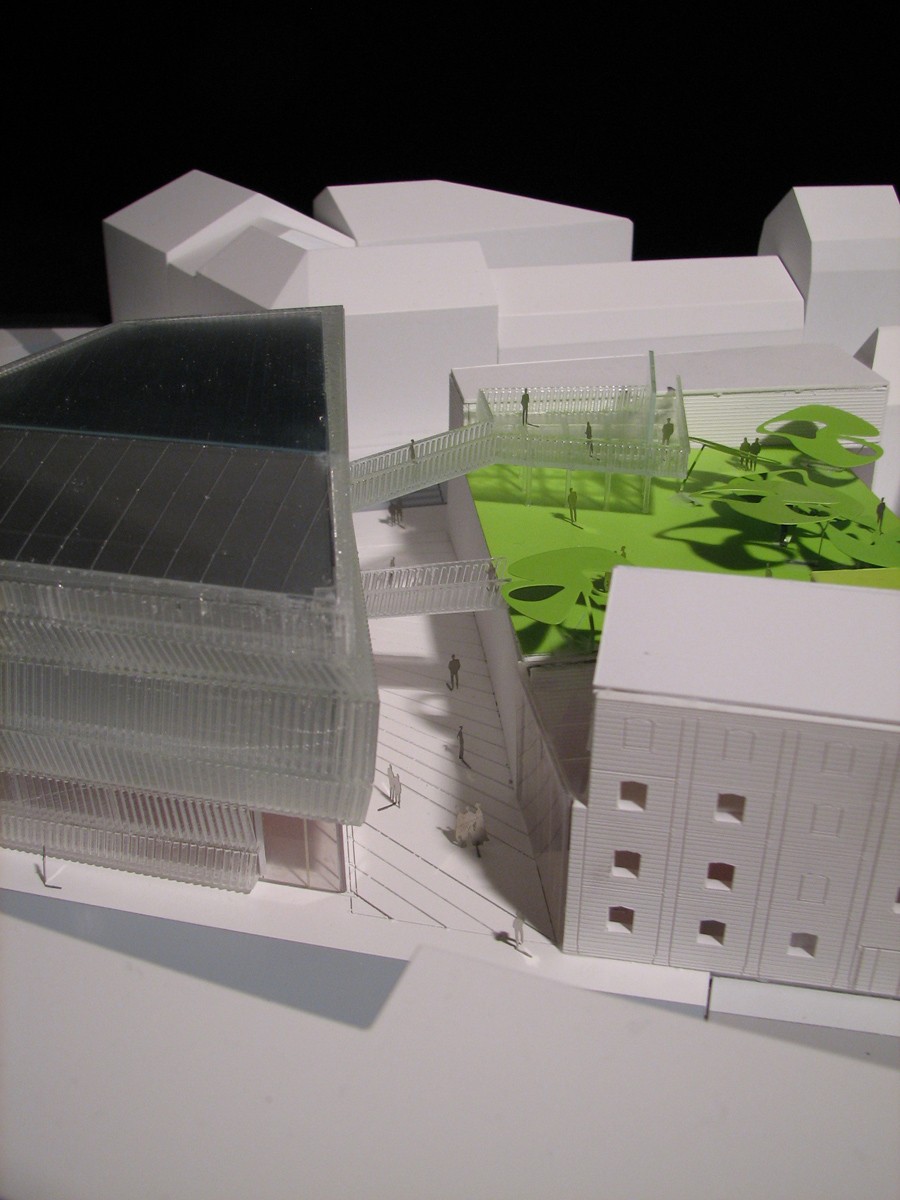 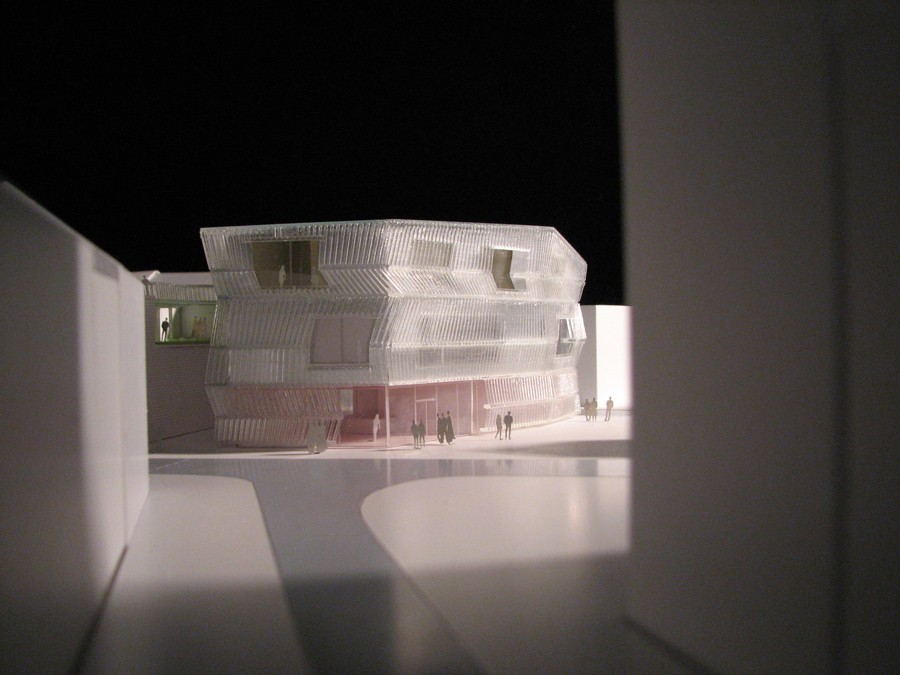 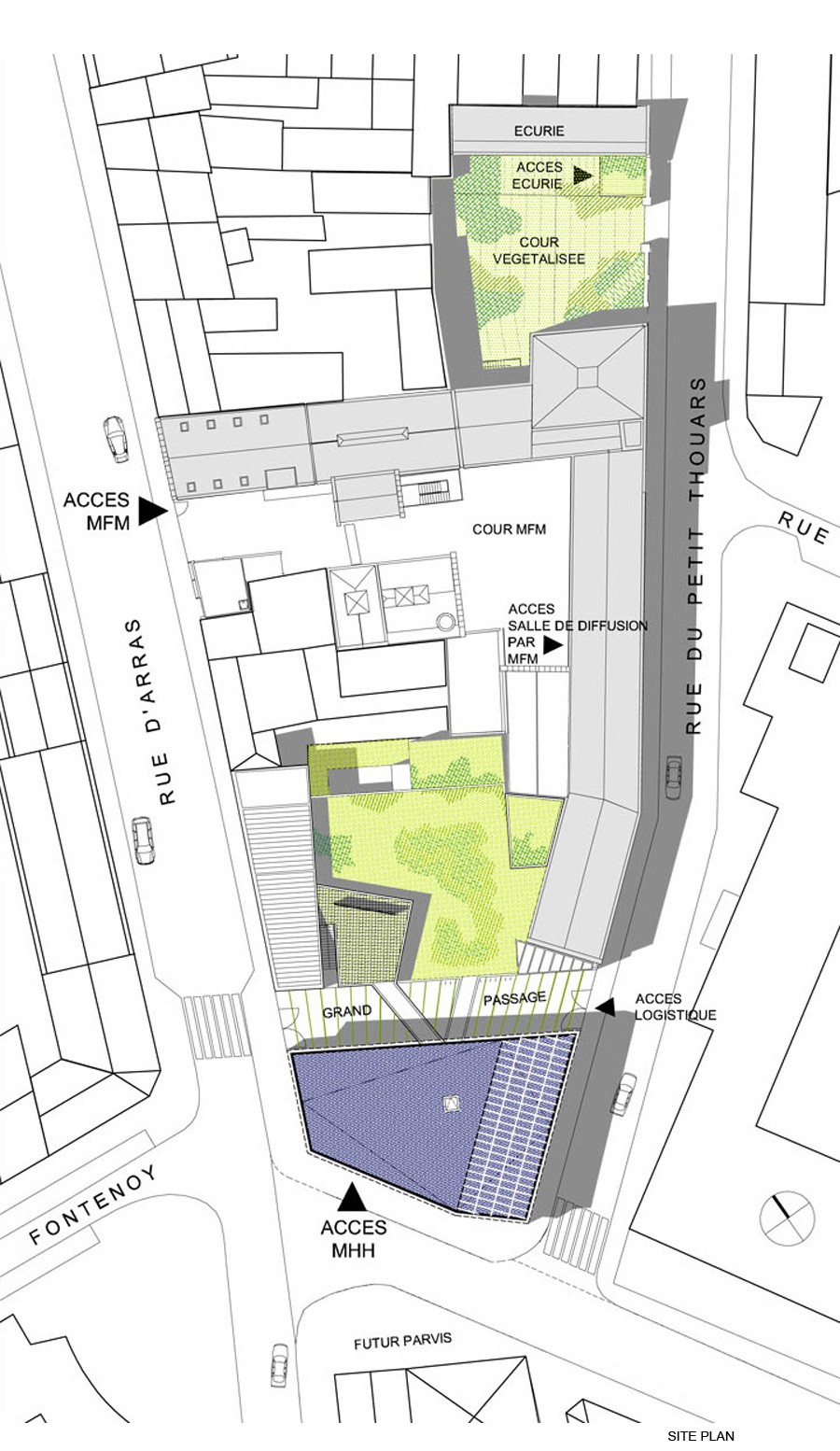 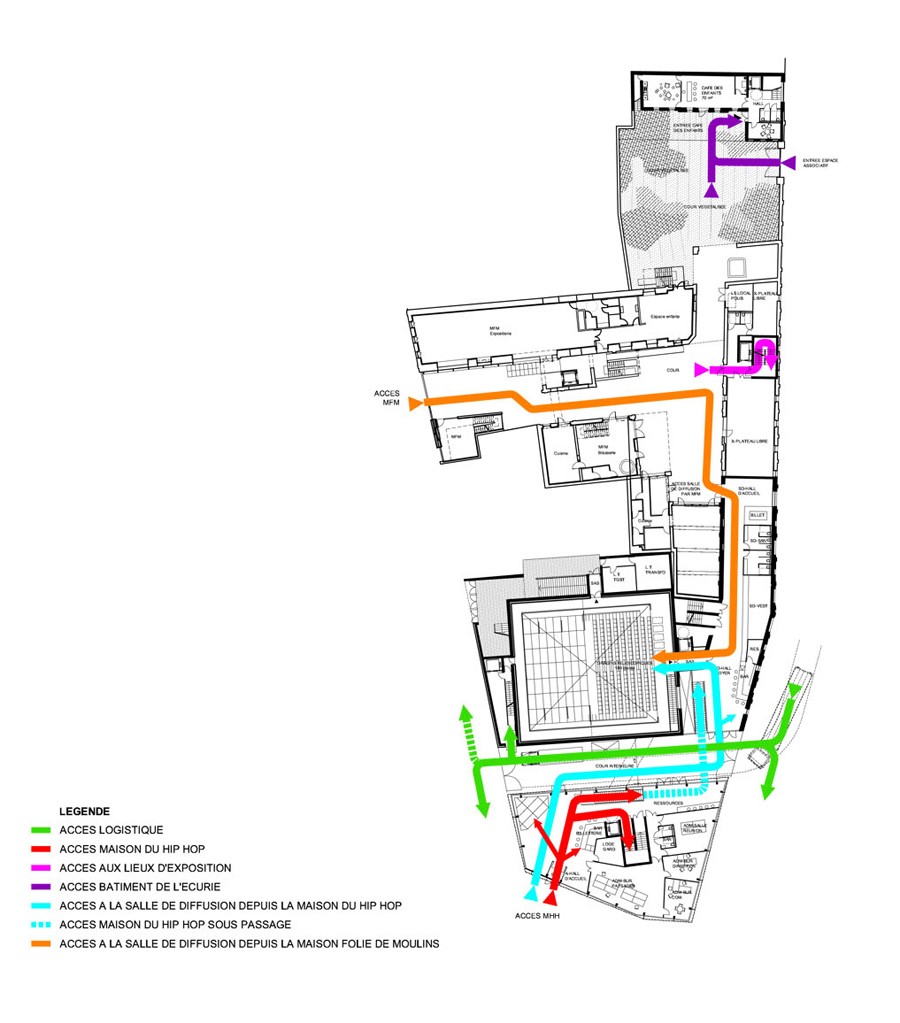 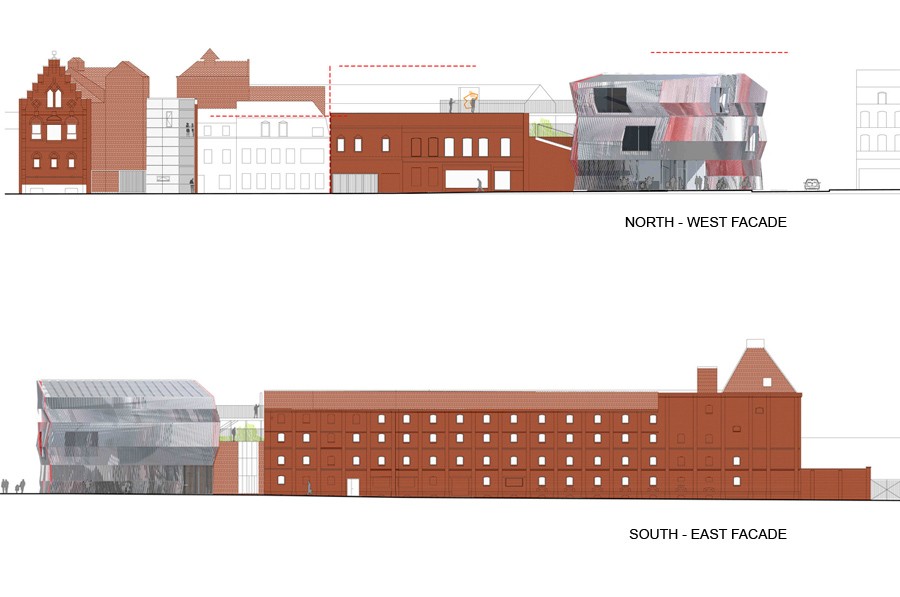 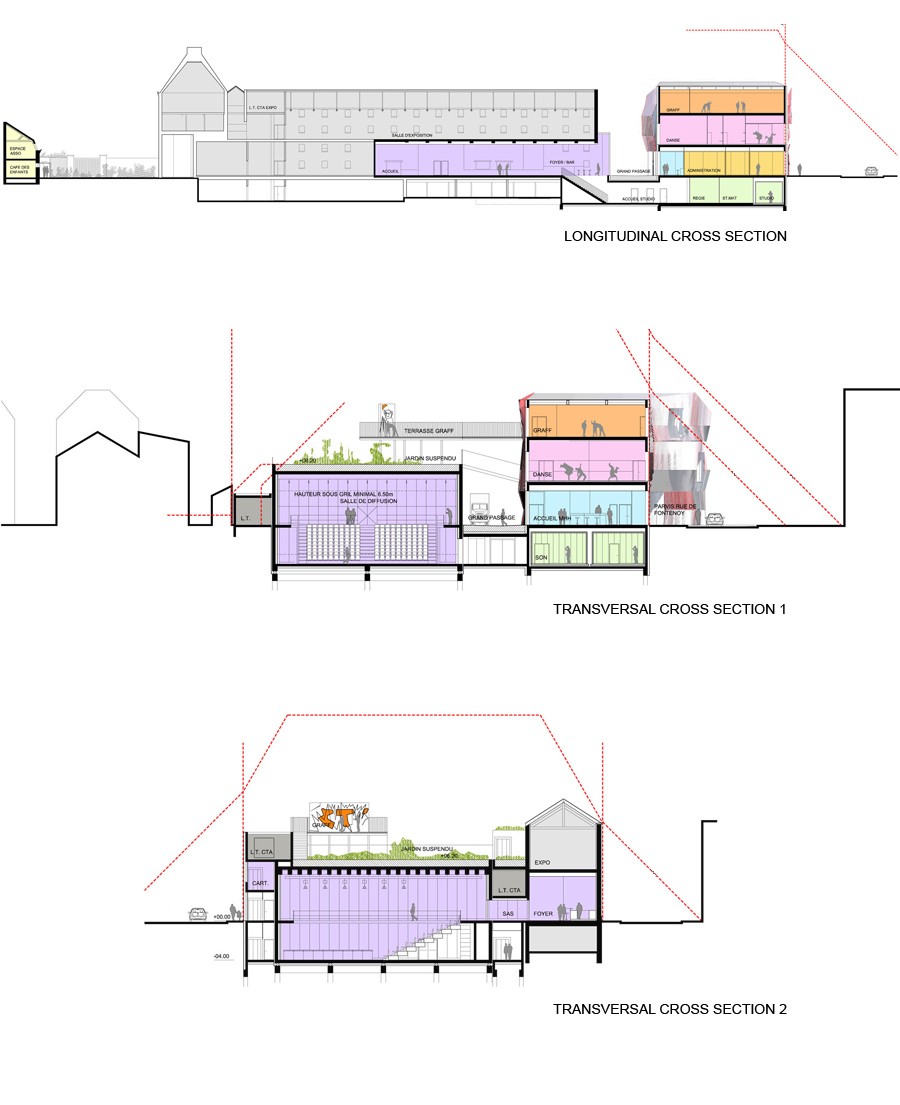 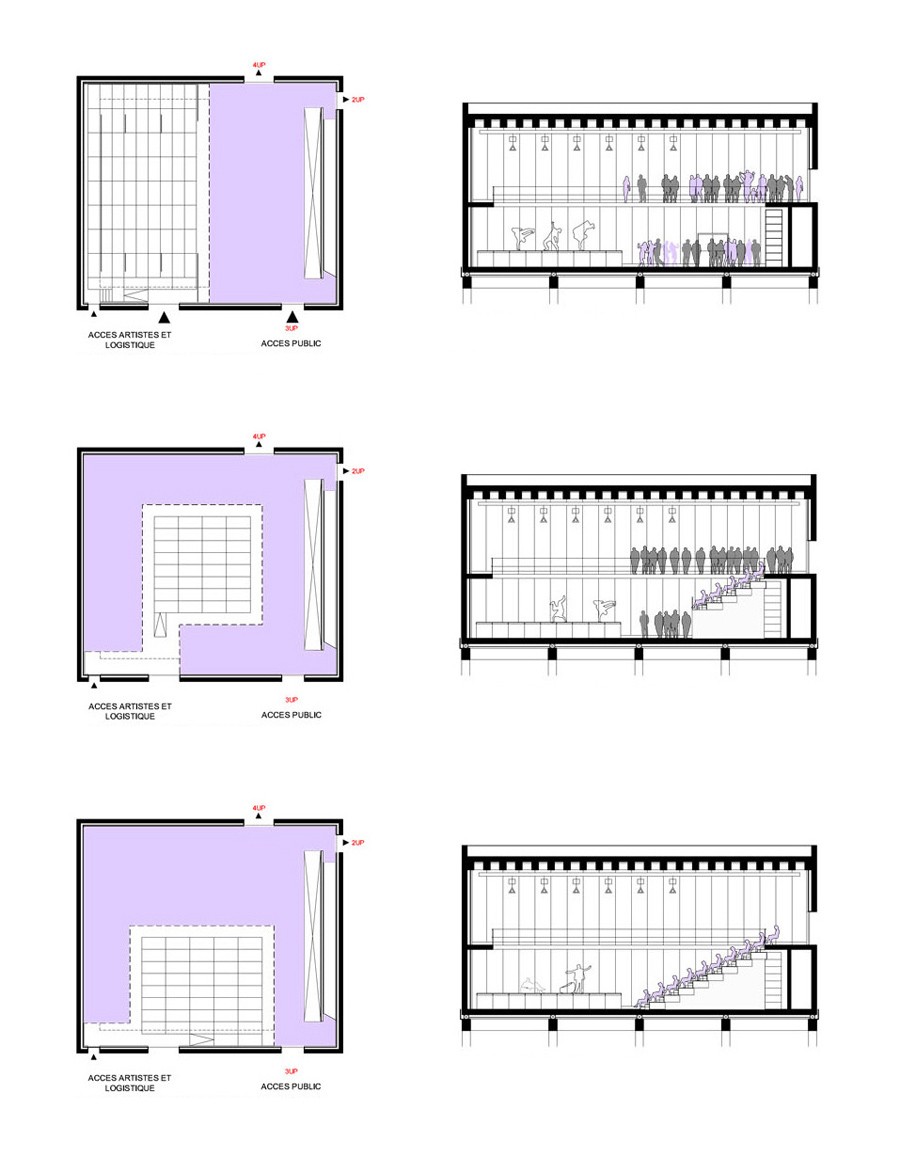