The history of Ile Seguin, its industrial past and the river context, are all elements that participate in the writing of the Façade Enveloppe project. It seemed to us that the « industrial tool » dimension would be the most interesting way to illustrate the philosophy of the project. When it comes to a building dedicated to research and at the same time to the musical industry, it seems necessery to elaborate an identity closer to an industrial production space, than to the image of a traditional cultural equipment.

Thus, our proposition is to create a pertinent assembling of the different program entities considering all the needs and constrains that they would generate. A « bearing structure » for the program that would continue and would develop the industrial aesthetics of the Façade Enveloppe.
The major challenge is to define a Deck floor whose ambition would be to become a second street level. Its image evokes a liner, an offshore platform or Tokyo's skywalks.

So, we have conceived a kind of a village, opened to the Deck that goes up or down towards the program units. This Connection, as refered to in the program, is a surface between the different functionnal entities of the project. Its a space of open possibilities and meetings, and it is as functional as the atrium of a commercial center and as enchanting as an industrial cathedral.

The City of Boulogne-Billancourt 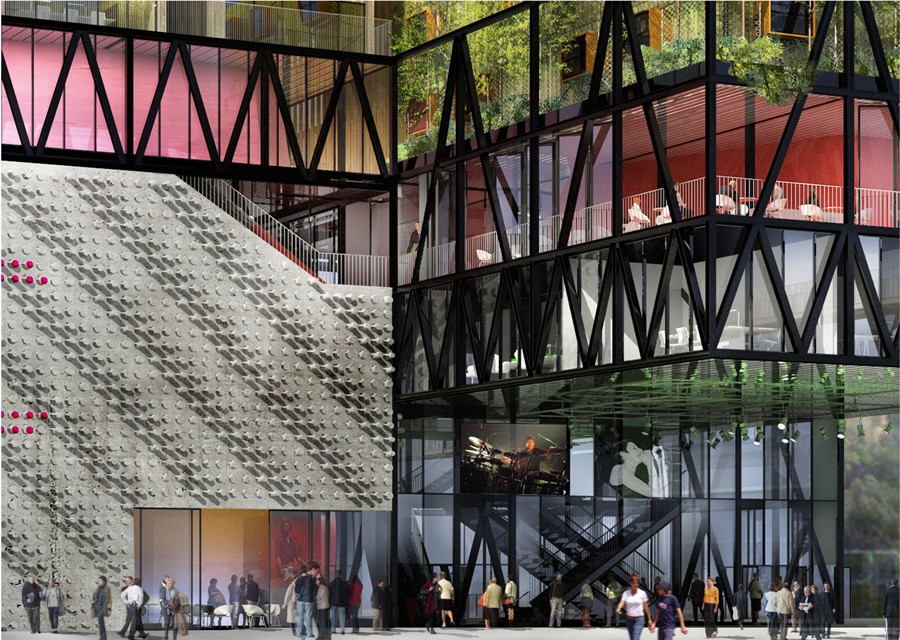 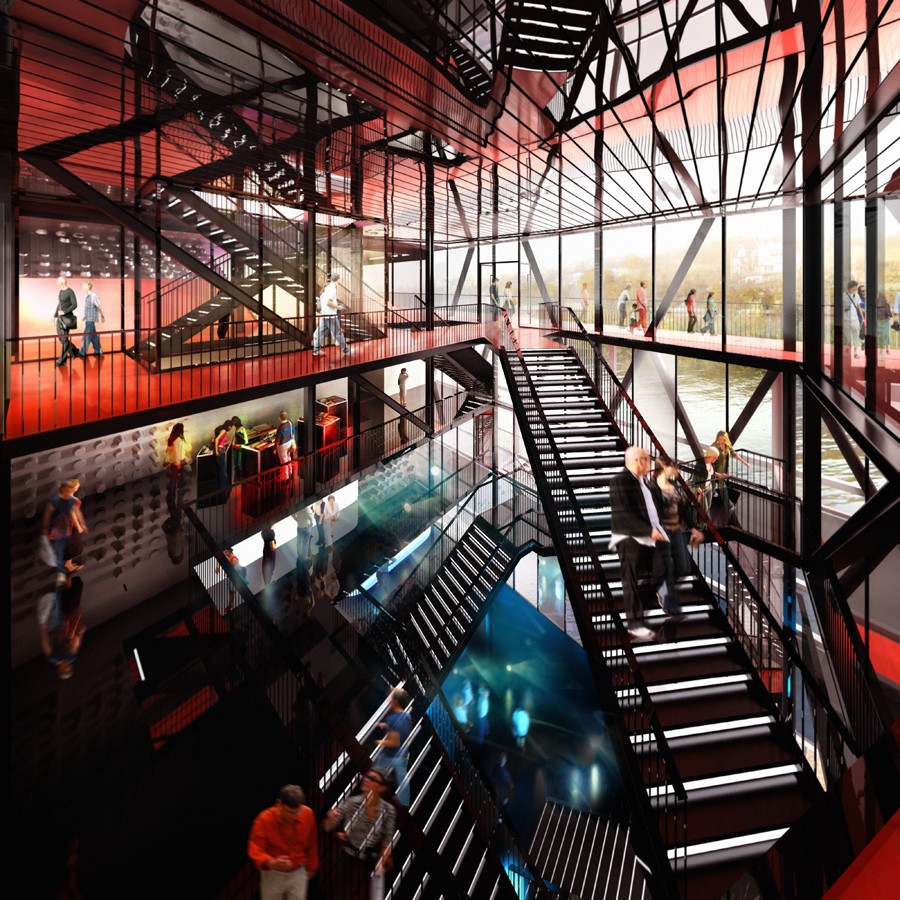 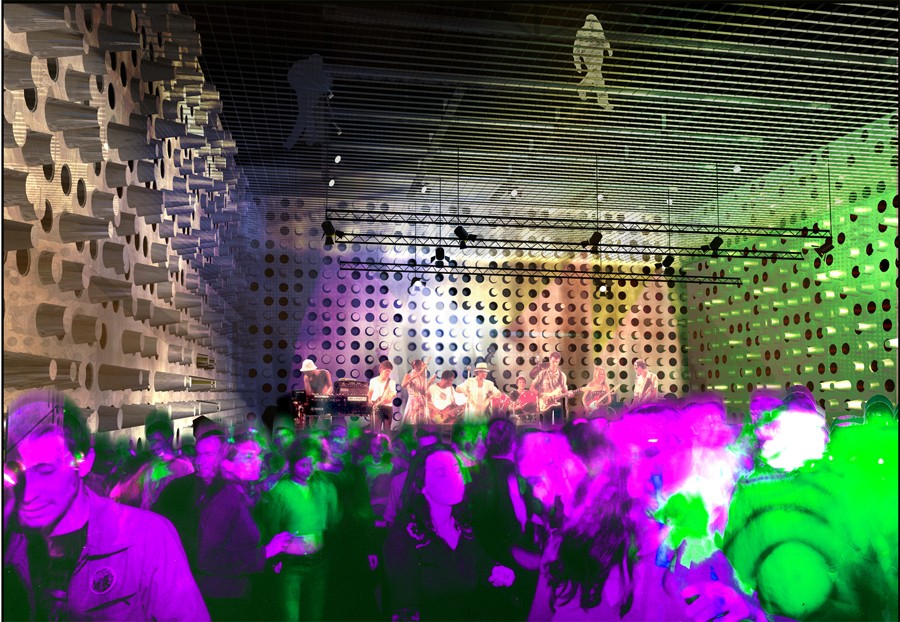 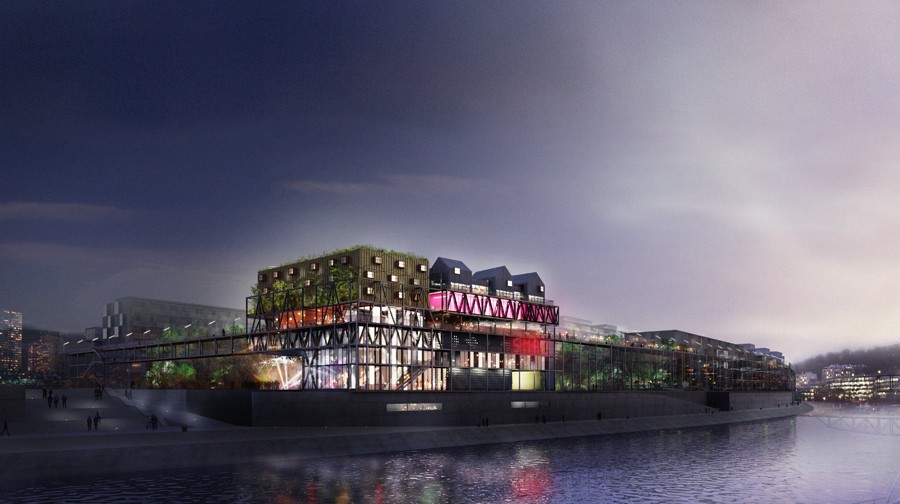 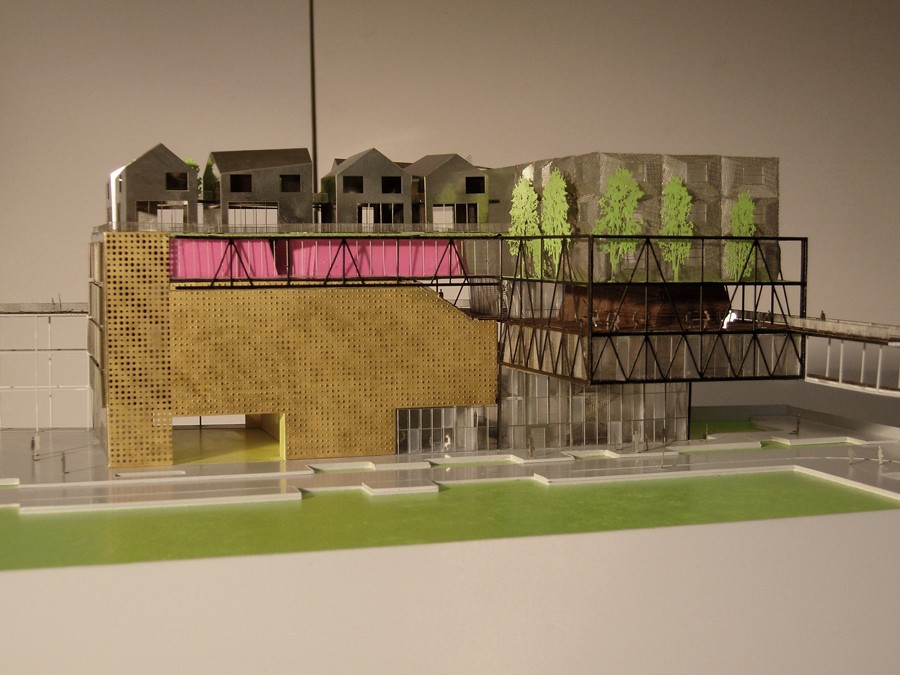 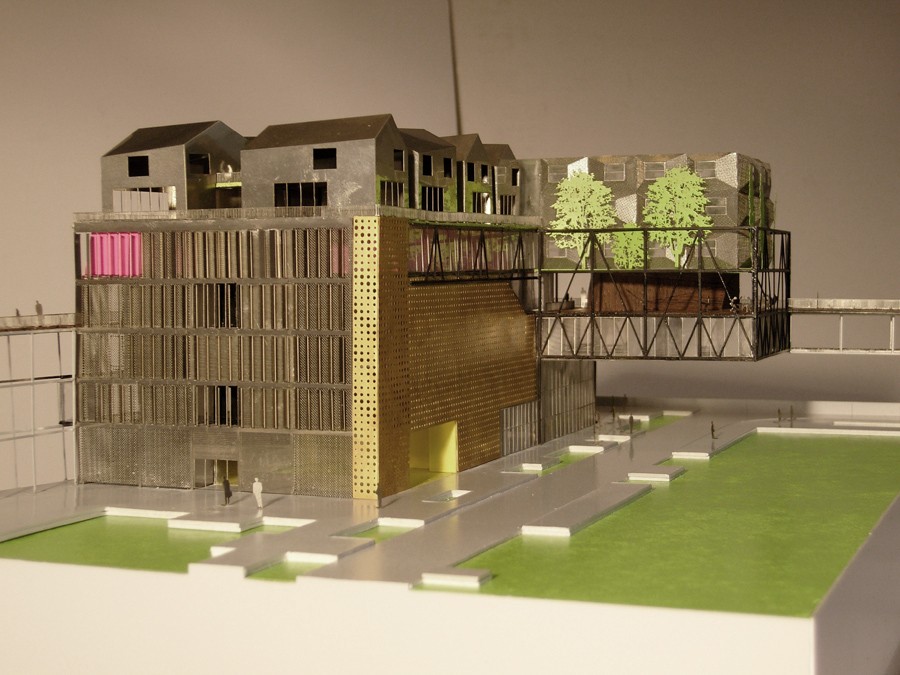 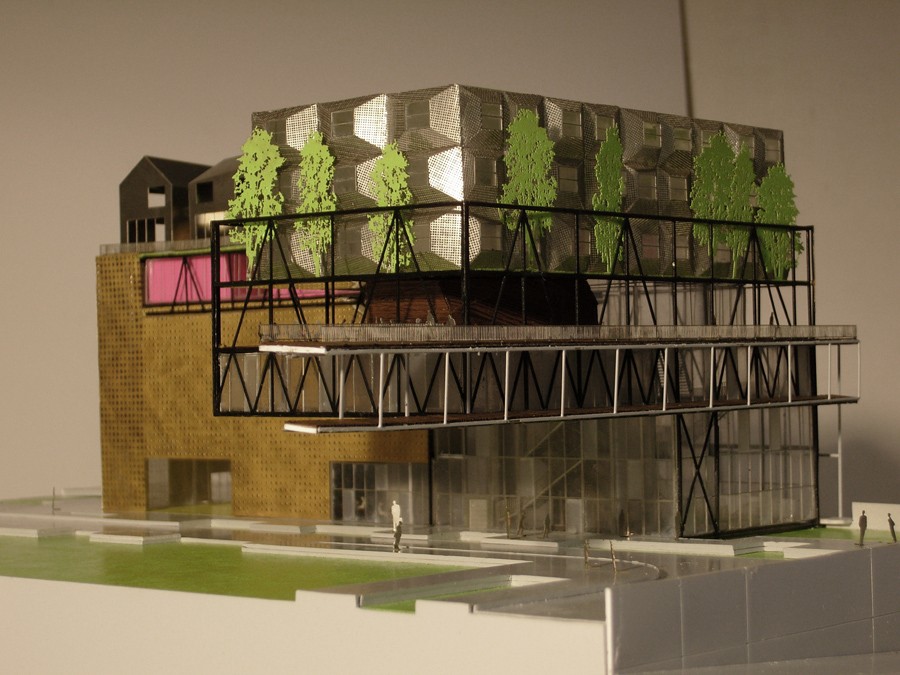 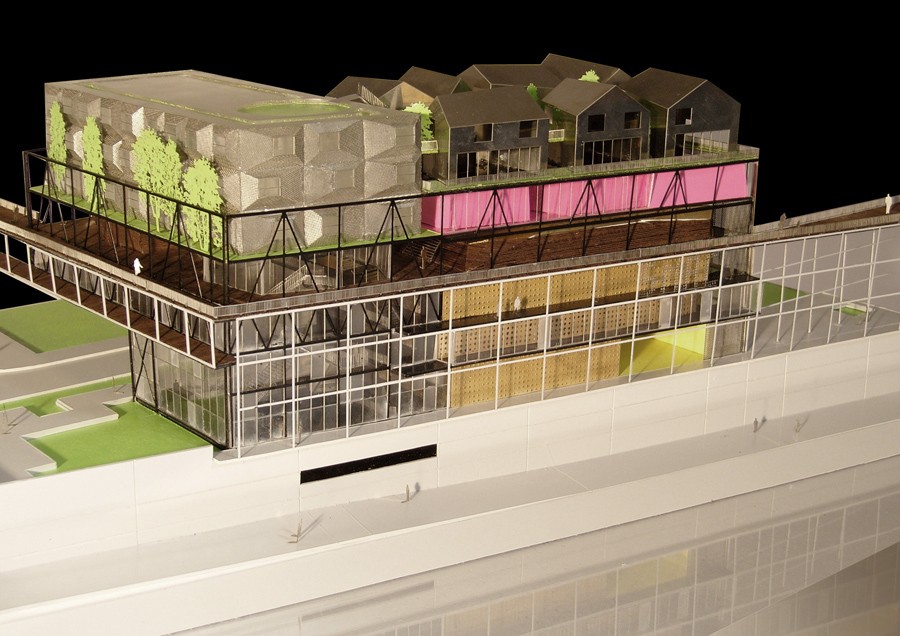 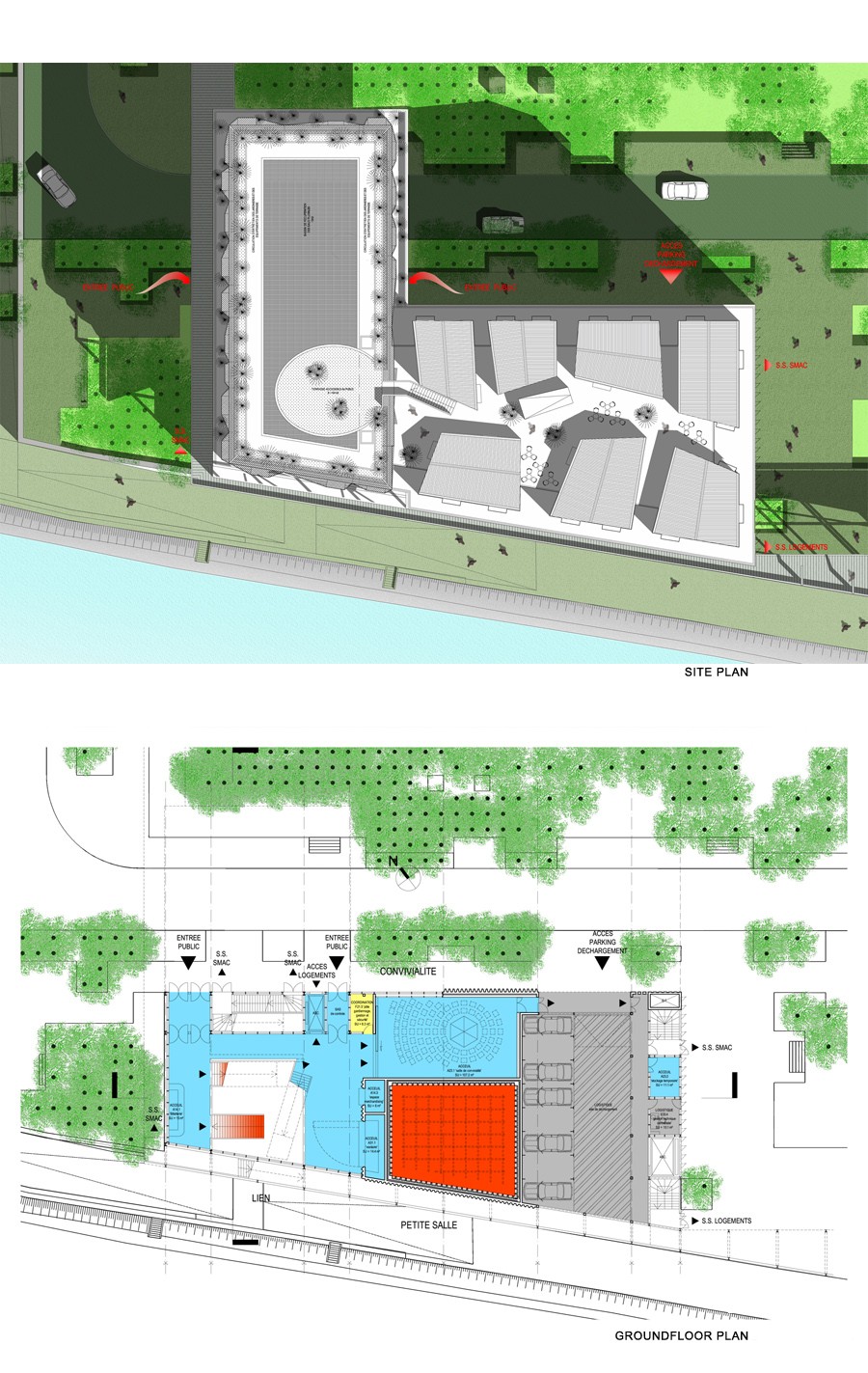 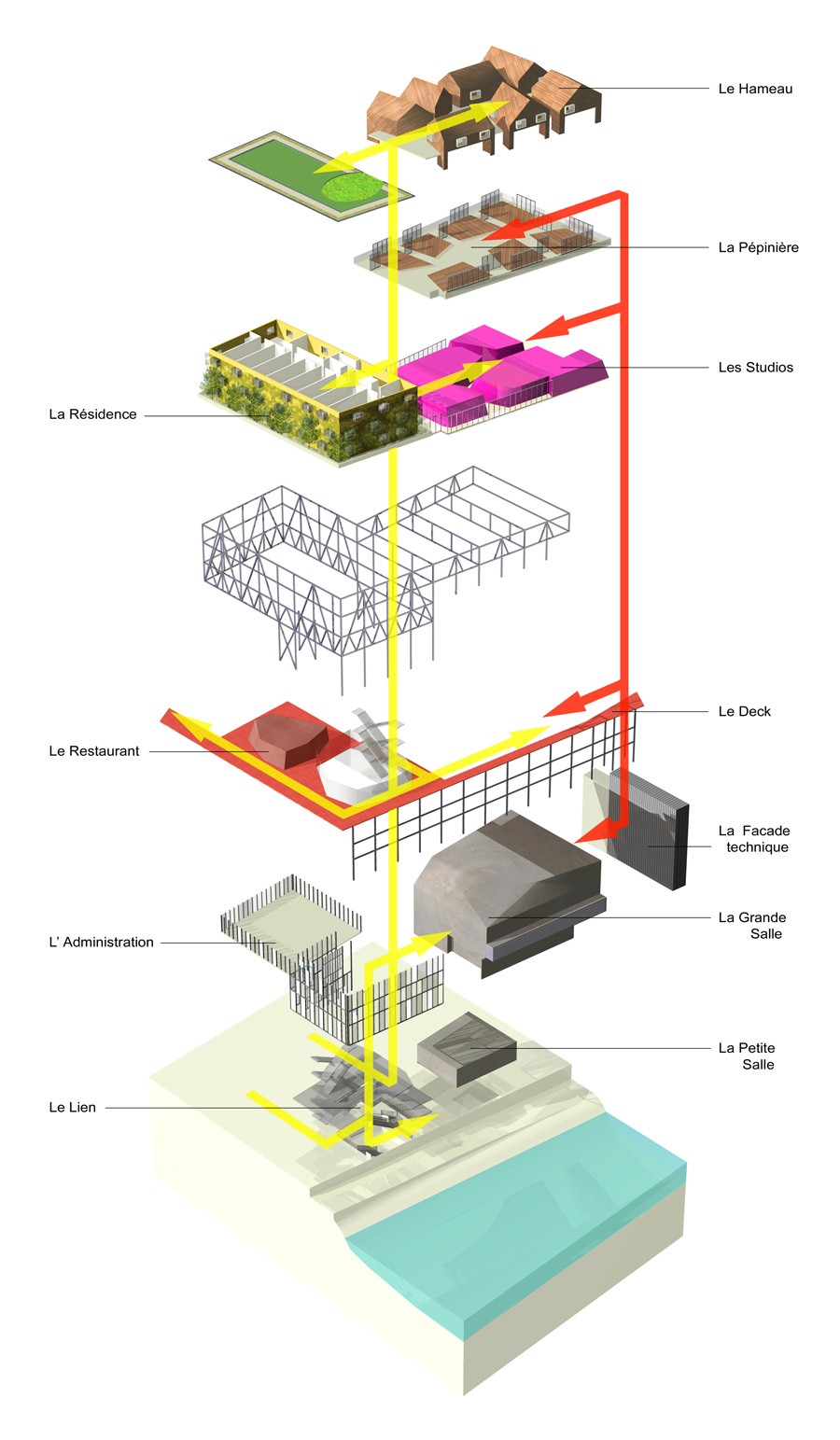