Context
The project for a Concert Scene for Current Musics (in french -SMAc) for the city of Troyes is implanted in a typical for the 19th century railway activities former goods hall. Here we consider at stake the development of a strong social action related to celebration and music.

Programmatic attitude
Based on the three main functional entities : a meeting center, a repetition/composition center, and the administration, we would like to propose specific spaces and a specific organization. Thus, the client's attachment for the nave,has drawn us to find the means in order to preserve it and to propose an image as close as possible to it's initial state.

Architectural part
All this rehabilitation and re-positionning work has driven us to test our means of contemporary intervention within some old architecture. We suggest to preserve entirely the volume of the hall as well as it's base, adorning the whole roof and walls with a new « skin ». It would be entirely composed of coloured metallic shingles in patchwork of five coulours that would emphasize and mark the new occupation of the hall and would also confer it's unity.

We would distort  gently the « iconic » image of the hall, opening it on one hand to the city and to all kinds of public, and assuring on the other hand the respect of all the acoustic and dimension constraints.

The city of Troyes 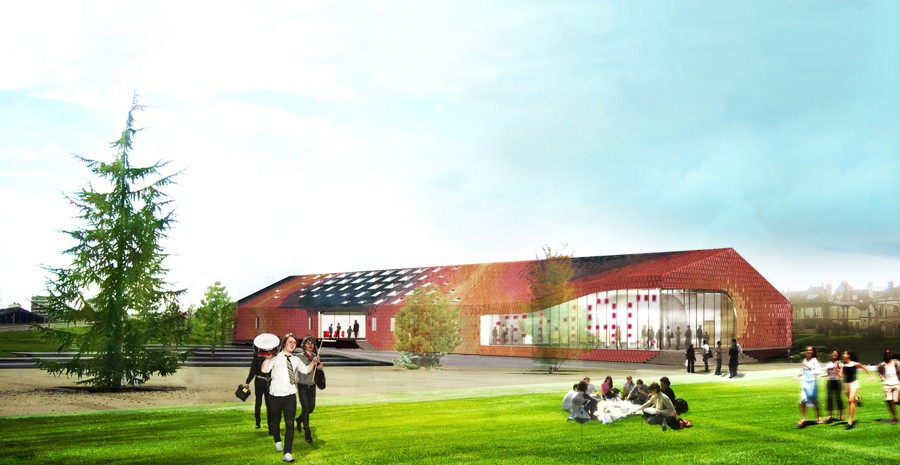 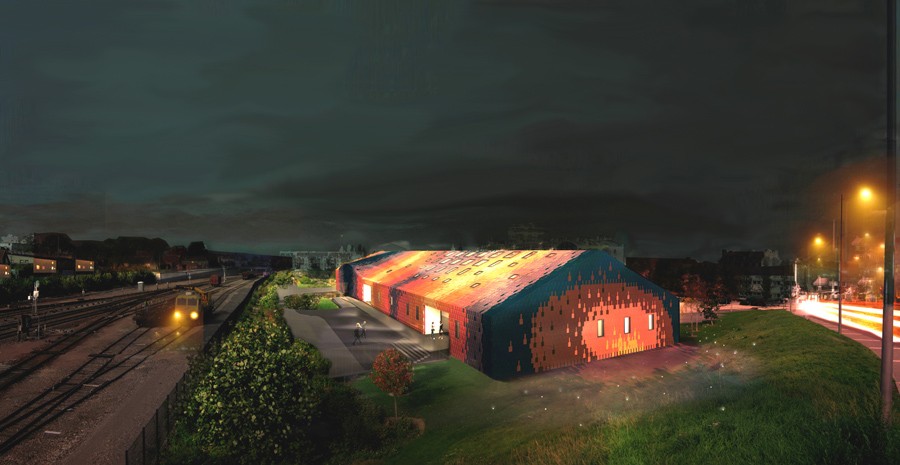 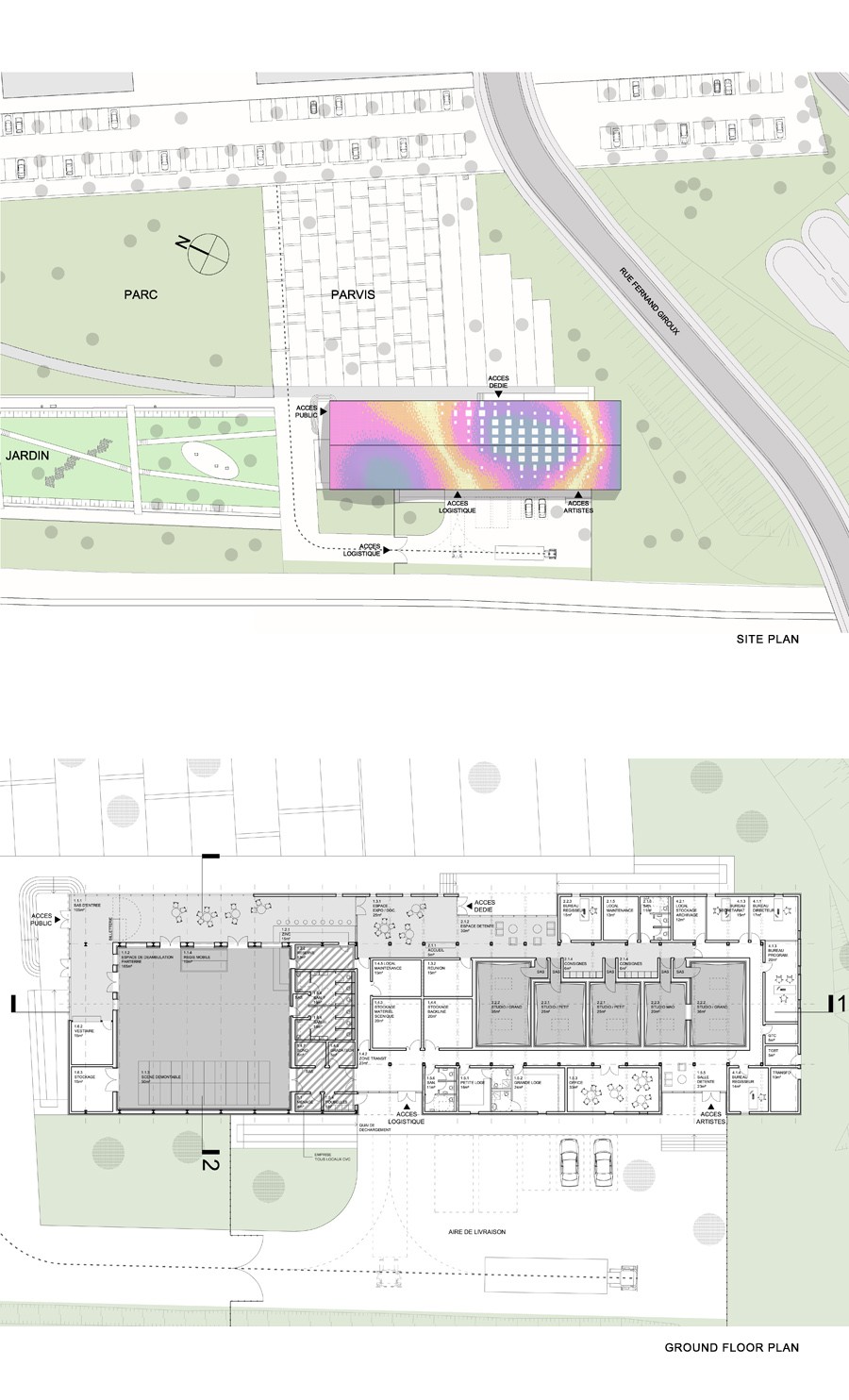 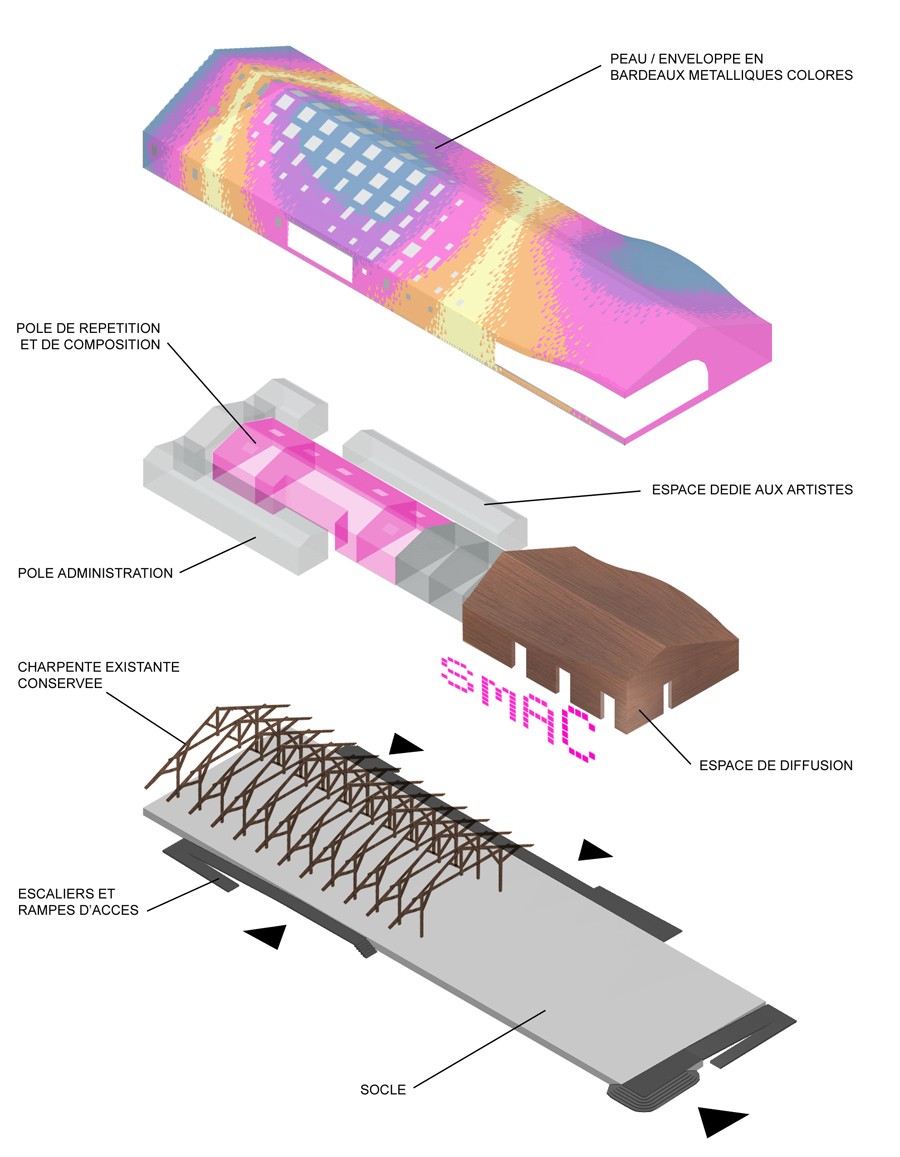